Oil, petrochemicals, and bitumen price and costs have been always among the top latest news.

As a matter of fact, oil and bitumen have dominated the modern society for many years and are largely supplying energy to many industries.

Oil and petrochemical products have also a major role in heating homes, domestic needs, vehicles and airplanes fuel, and other consumptions in the world.

Consequently, the bitumen price, oil and other petrochemical prices and costs, import and export volumes are highly influential on the world’s economy and contracts between countries.

How falling oil and bitumen price affect the global economy?

Generally speaking, a drop in oil and bitumen prices, will result in lower transportation costs and cheaper airline tickets.

Presently, the United States has increased oil production, so low oil prices can hurt U.S. refineries and companies. Besides, low prices affect domestic oil industry workers. The fluctuations of the oil and bitumen price in the world can tense other countries’ situations. India, Iran, China, Kenya, and Saudi Arabia may become chaotic when the oil prices fall.

What is the approximate global oil and bitumen demands per day?

Who is the largest exporter of oil in the world?

Many countries, most of which are in the Middle East, are exporters and suppliers of oil, bitumen, and petrochemical products. Saudi Arabia is one of the predominant suppliers in the world. Not to mention that the country has the largest amount of oil reserves in the world.

How the COVID 19 pandemic affect the oil and bitumen price in the world?

With major cities and trading hubs across the world putting restrictions on travel and entering the lockdown mode, economic activity is expected to slow down in the future. This has concerned suppliers, importers, and exporters of oil and bituminous products.

To be more specific, the price of Brent crude had already dropped from $66 a barrel on 31 December to $45 a barrel on 6 March.

The impact of Covid-19 changes the world economy, as nobody can be sure if things will progressively improve or worsen. In the following, we have brought the five largest petroleum-consuming countries and their shares of total world petroleum consumption in recent years.

As you can see

these countries are known as the biggest oil-consuming nations that account for more than 58% of the world’s total oil consumption per day. According to the statistics, the United States is the world’s biggest oil and bitumen consumer, followed by China, Japan, Kenya, and India.

To conclude, the COVID 19 crisis, has notably affected all these oil-consuming, oil and bitumen suppliers, and in one word, the global economy.

What’s the future of the oil and bitumen price?

Generally, oil prices are influenced by a variety of items but are particularly sensitive to decisions made by OPEC, the Organization of Petroleum Exporting Countries.

Like any product, the laws of supply and demand control prices; a combination of an unchanged amount of demand and oversupply has tensed the oil prices over the last five years. Natural phenomena that could potentially disrupt production, and political crisis in an oil-producing region like the Middle East all influence the price changes. Besides, production costs affect the prices, along with storage capacity. The direction of interest rates can also influence the price of oil and other petrochemical products.

The history of oil and bitumen price

How was the oil price fluctuations in 1970s?

Being stable for a long time, oil prices changed undeniably in 1973. The 1970s show two sharp changes in oil prices: one was triggered by a war in 1973, and the other was prompted by a revolution in 1979. Since then, oil prices have regularly displayed volatility related to the ’50s and ’60s.

Figures show us that a few years later, by the spring of 2008, the real price of oil has easily exceeded that of the late 1970s.

Here may come the question that is the relation between oil prices and the economy always the same?

As shown by the statistics and history, the two mentioned large oil fluctuations of the 1970s were characterized by low growth, high unemployment, and high increase.

For this reason, those changes in oil prices and bitumen price, are considered as an important source of economic variations.

To sum up, oil prices usually have a direct relation with inflation, which is the measure of general price trends of the economy. As oil prices increase, inflation follows the same path. On the other hand, as the price of oil falls, inflationary pressures begin to ease. History shows that the two are indeed related, but the connection has deteriorated since the oil spike of the 1970s.

According to this article, oil price and production is really determinative in the global economy. Many countries are exporters, importers, or producers of oil and bitumen. Henceforth, the prices, fluctuations, and the price forecasts mean a lot to them.

We also referred to some factors that affect the oil prices, such as global issues, like Coronavirus, natural phenomena, trade wars between countries, etc. Hope you find this article useful. For more info and updated bitumen prices, please contact us. 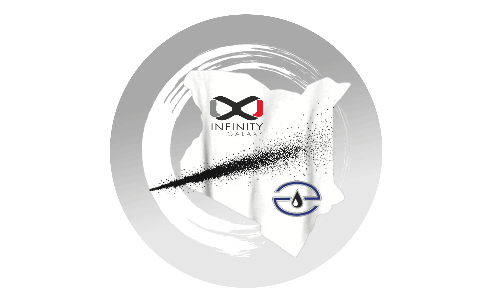