JEY OIL KENYA IS  A COMMITTED BITUMEN SUPPLIER AND A GROUP OF  PROFESSIONALS WITH RICH COMMERCIAL EXPERIENCE AND EXPERTISE IN HANDLING THE CHANGES IN AFRICAN MARKET TRENDS.
JEY EMBOSSED DRUM 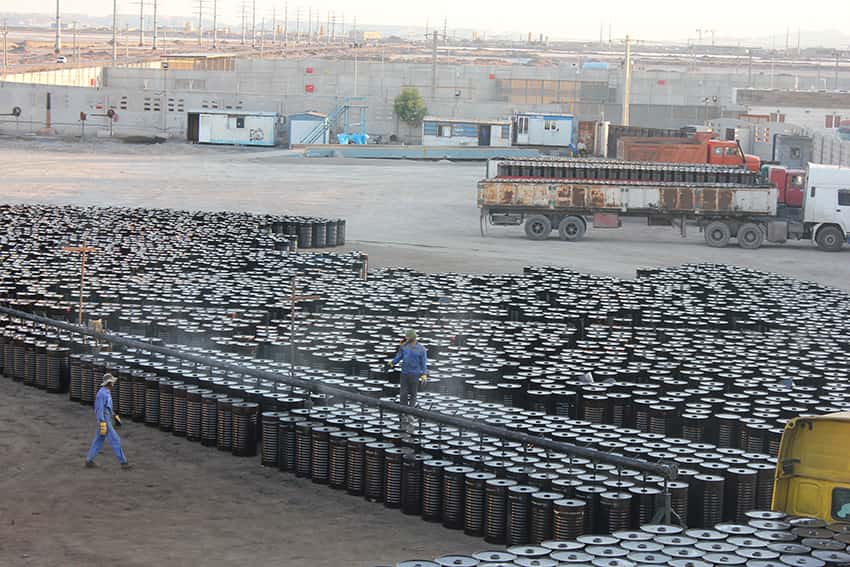 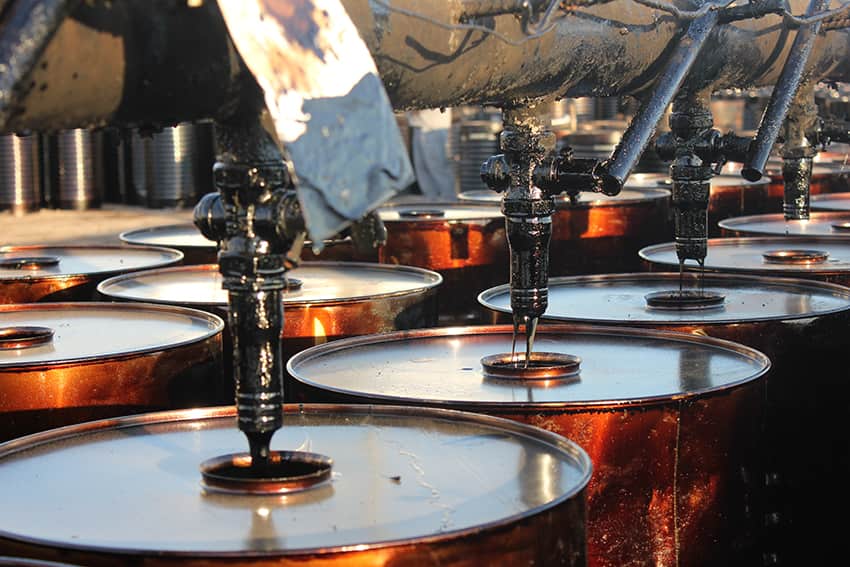 The Middle East is the most prominent hub in which various grades and types of bitumen are produced and exported.There are numerous companies in the Middle East such as Jey Oil.

Jey Oil Kenya is a professional bitumen supplier which is cooperating with Infinity Galaxy in exporting bitumen 60/70, 80/100, and MC grades to Sudan, Kenya, Tanzania, Mombasa, and so on.

Iran is one of the world’s top ten Jey oil bitumen export hubs with an average export capacity of 3.5 million tons in bulk and drum per year.

In fact, Iran provides its Jey oil bitumen from two main refineries, and other 300 private limited companies. Moreover, Iran has exported bitumen, specifically 60/70 grade to more than 92 countries such as Sudan, Kenya, Tanzania, Mombasa, and so on.

Bitumen has 8 types. In the following, we have brought them for you.

These grades of bitumen are named due to their level of hardness and consistency of bituminous materials.

In general, the harder the bitumen solution, the better it is for use in hot temperatures.

Generally speaking, Jey oil bitumen penetration grades have a thermoplastic property, which causes bitumen to get soft at high temperatures and hard at low temperatures.

One of the most prominent ways of grading bitumen depends on the results of the viscosity test.

This test is for determining the fluid property of bitumen.

Conducting a viscosity test on bitumen leads to the classification of bitumen in a range of grades from 10 to 40.

Low viscosity bitumen is great for spraying and pavement maintenance, mainly because it is softer.

These specific type of bitumen is recently more devoted to India’s market.

The reason is the newly approved law of the National Highways Authority of India (NHAI).

Performance grades of bitumen have classifications according to the tests related to bitumen performance in various temperatures.

Known also as super pave performance grading of bitumen, these grades are better solutions for engineers who want to avoid raveling, fatigue cracking, and thermal cracking.

Bitumen grades are due to their production process.

Cutback grades produce from adding solvents to bitumen, to decrease the viscosity level.

To be more specific, this procedure involves the addition of controlled amounts of petroleum extracts such as kerosene, naphtha, diesel oil, and furnace oil to bitumen.

In comparison with other types of jey oil bitumen, the volatile solvents in cutback bitumen met the need for heating by alleviating its viscosity.

For that reason, cold weather is the place where cutback bitumen is widely used. Kenya is one of the countries in which the application of this product is high.

Since cutback bitumen include volatile solvents which are toxic to nature, human and environment, emulsions came to the industry. To solve the problem, various grades of bitumen emulsion came to the market.

Not to mention that the bitumen content in the emulsion is around 60% and the remaining is water.

As a result, water is released when the emulsion is applied on the road and the mix starts to set.

There is also another reason behind bitumen emulsion grades becoming energy efficient: there is no need to heat them.

Besides, this product is beneficial to waterproofing and coating in road construction.

Convenient transportation, economic efficiency, and safety at work are the main advantages of this product when it comes to asphalt specialists.

Oxidized or blown bitumen grades’ name is after their production method.

By blowing air into bitumen, the substance becomes rubbery.

Among unique specifications of blown bitumen are flexibility, increased durability, and resistance to water.

When the oxidation happens to jey oil bitumen, it will also use its water content and become less volatile and less temperature-susceptible.

Ac grades of jey oil bitumen are the equivalent of viscosity grades used in the United States and Kenya.

In other words, the AC-30 bitumen viscosity grade is just like VG-30 in India. Beware for grading AC bitumen, viscosity level will double from grade to grade.

AH grades are another type of bitumen for which demands are mainly from China.

It is highly important to apply a high qualified bitumen for road constructions. Otherwise, improper asphalt surface of the streets reduces the coefficient of friction that is applied to the sudden braking of the car.

Moreover, low quality bitumen will cause the appearance of potholes in the streets causes drivers to flee and then crash.

What are road damages caused by low quality bitumen?

Bleeding means that there is too much bitumen on the pavement surface.

Bleeding means a thin layer of bitumen on the pavement surface. In hot weather, the membrane shines.

The most important reason for its formation is the inappropriate amount of jey oil bitumen and stone materials. Bleeding has three modes.

1- Low degree of low bleeding intensity that bitumen does not stick to the soles of shoes and car wheels, and this only happens a few days a year.

2- The medium intensity of the thin bitumen membrane sticks to the shoes, wheels of the car, and occurs two or three weeks a year.

3- The high intensity of a significant amount of bitumen sticks to the car’s wheels and shoes over several weeks.

The thin bitumen membrane covers the entire surface of the pavement or the car’s wheelbase.

To sum up, Jey oil bitumen has various grades for different climates and countries such as Kenya, India, Malaysia, Turkey, etc.

Generally speaking, it is important to apply appropriate bitumen grades for road construction; otherwise, problems such as bleeding, cracks, wholes, and some serious issues will occur.